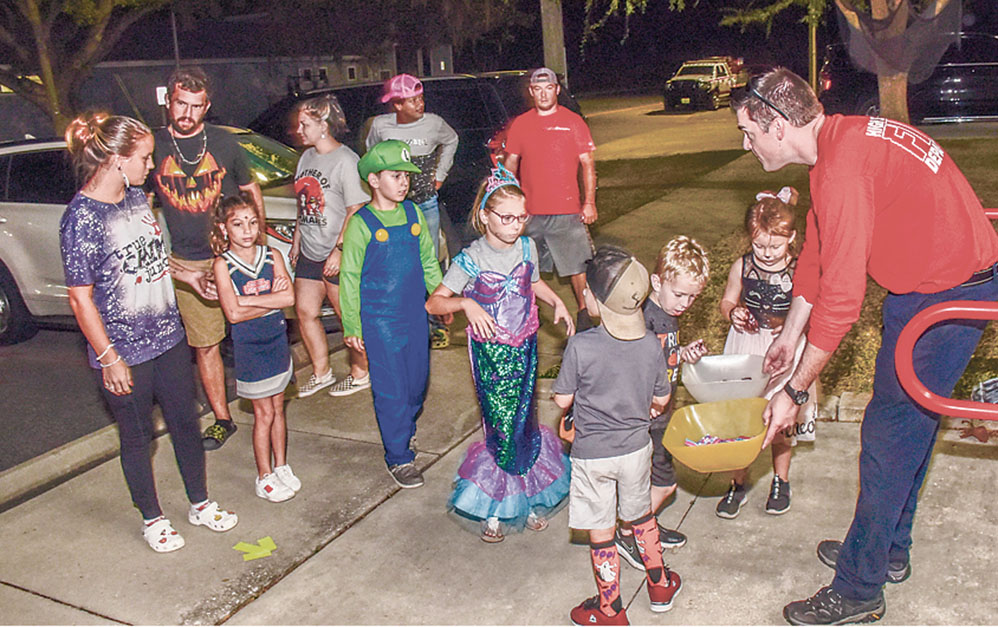 HIGH SPRINGS ‒ This year, Halloween is back, and in the days leading up to Oct. 31, Halloween festivities were in full swing. After a hiatus due to COVID, many people went full force on decorating, with yards filled with ghostly apparitions, frightening creatures of all sorts and haunting graveyards complete with spooky lighting and eerie sound effects.

Halloween is an ancient tradition. In Celtic Britain, it was the Celtic celebration of Samhain, which marked the end of summer harvest and the coming of winter. The roots of modern Halloween activities in America go back to the mid-19th century when large numbers of new immigrants, especially those fleeing the Irish Potato Famine in the 1840s, helped popularize Halloween. Over the years it evolved to a celebration of treats for children and dressing in costumes. Today, Halloween has become the nation’s second-largest commercial holiday with total Halloween spending expected to reach a record $10.6 billion.

Locally, in numerous neighborhoods, dimly lit decorations and spooky figures beckoned costumed trick or treaters to free candy and gifts Accompanied by parents, dozens of families came out in each neighborhood. The High Sprigs Police Department also had officers in each area of town to help with safety. Some, like Corporal Hampton, gave out candy as well at each stop.

For some residents like Darin Erskine, creating a spooky wonderland was a long-term project. “It’s been in the planning stage for a while and it took the month of October to put it all together,” Erskine said. “Building the graveyard fence took a full day and the rest was put up piece by piece over the month,”

Several of his neighbors had equally impressive displays. In Bailey Estates, the main road was lined with cars as large crowds wound through the neighborhood while multiple families set up tables and chairs in their driveways handing out treats. One of the most popular sites featured a grill with the homeowners offering free hot dogs. Not to be outdone, the High Springs Fire Department sponsored a haunted house in the fire station bays.

This year, these activities and celebrations returned to neighborhoods across America, and a holiday tradition has returned.