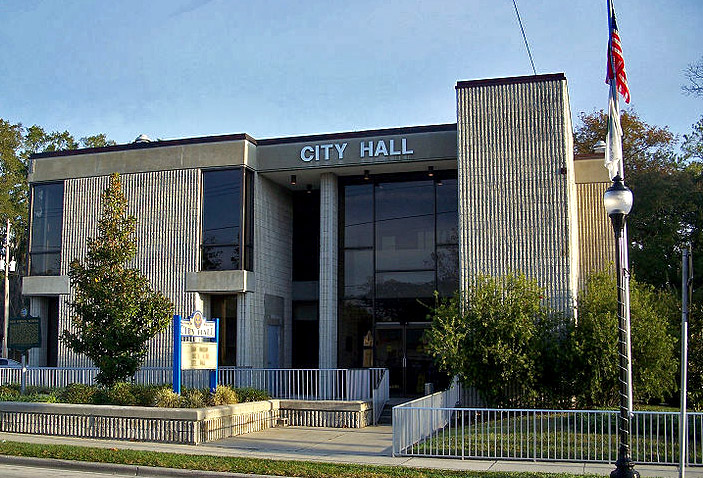 HIGH SPRINGS – Residents packed the City of High Springs commission chambers to overflowing at the Aug. 30 Plan Board meeting. Concerned citizens showed up to voice their opposition to a proposed subdivision of 1,437 single-family lots, 250 multi-family units and 200 senior living units.

Residents expressed alarm about school overcrowding, traffic congestion, insufficient infrastructure, increased sewage requirements and increased burden on police and fire services should the development be approved. Following over two hours of presentations by JBPro Director of Engineering Chris Potts and City staff, along with numerous questions and public comments from residents, the Board voted to delay a final decision on the planned development until their next meeting on Sept. 27.

Because the original plat had never been abandoned, existing property rights allow the developer to build on the pre-existing plat approved in 1925, which would allow for more homes on the rest of the property following an approved 2005 plan, pushing the number of homes to 2,240.

The City Commission will be considering the results of a recently completed impact fee study and will likely institute new impact fees for water, sewer, parks and recreation, roadways, and general services which includes public safety. The impact fees are to pay for costs associated with new development.

“The developer has agreed to incur the proposed higher impact fees, if implemented,” said High Springs spokesperson Kevin Mangan. “If the Bridlewood Planned Development does not get approval and the developer builds to the previous plat requirements, he may not be required to pay the higher impact fees.”

As an example of the difference between what the developer would pay under the previous plat, Mangan pointed out that the water impact fee is currently $250. “Under the proposed impact fees, the same impact fee is anticipated to be a minimum of $3,630 and a maximum of $8,150,” he said.

Without those higher impact fees, which the developer may not be required to pay under the previous plat, the City would lose those dollars. Items like roads, parks, fire and police protection must be maintained. According to Mangan, if the impact fees are not there to offset those expenses, the City will lose a significant amount of revenue to enhance much needed infrastructure and public safety.

While residents are concerned about schools, road improvements, playgrounds and equipment for their children, and water and sewer capacity, the monies provided at the development stage as well as funds generated through impact fees and tax revenue will cover the costs for these concerns, according to Mangan. The 20-year net fiscal impact of the Bridlewood development is forecast to exceed $11 million to increase service levels in other areas of the City as well.

The development on the table as proposed by Potts includes extensive landscape requirements, increased landscaping in open spaces, amenities such as a clubhouse, pool, splash pad, tennis/pickle board courts, multi-use fields, recreational equipment and parks located within a 10-minute walk from any residence in the development.

The developer has agreed to set aside acreage for a new school and public safety facility. Mangan said, “We are required to maintain certain service levels. The revenue from this project would help the City fix roads and expand our water and wastewater facilities among other things.”.

“I know our citizens are concerned about the size of this development, but the Bridlewood planned development is a better option than the existing platted development from 1925,” said Mangan. “It is the City’s mission to welcome and encourage strategic growth. The Bridlewood development, which has a total build out time of 15-20 years, does just that.”