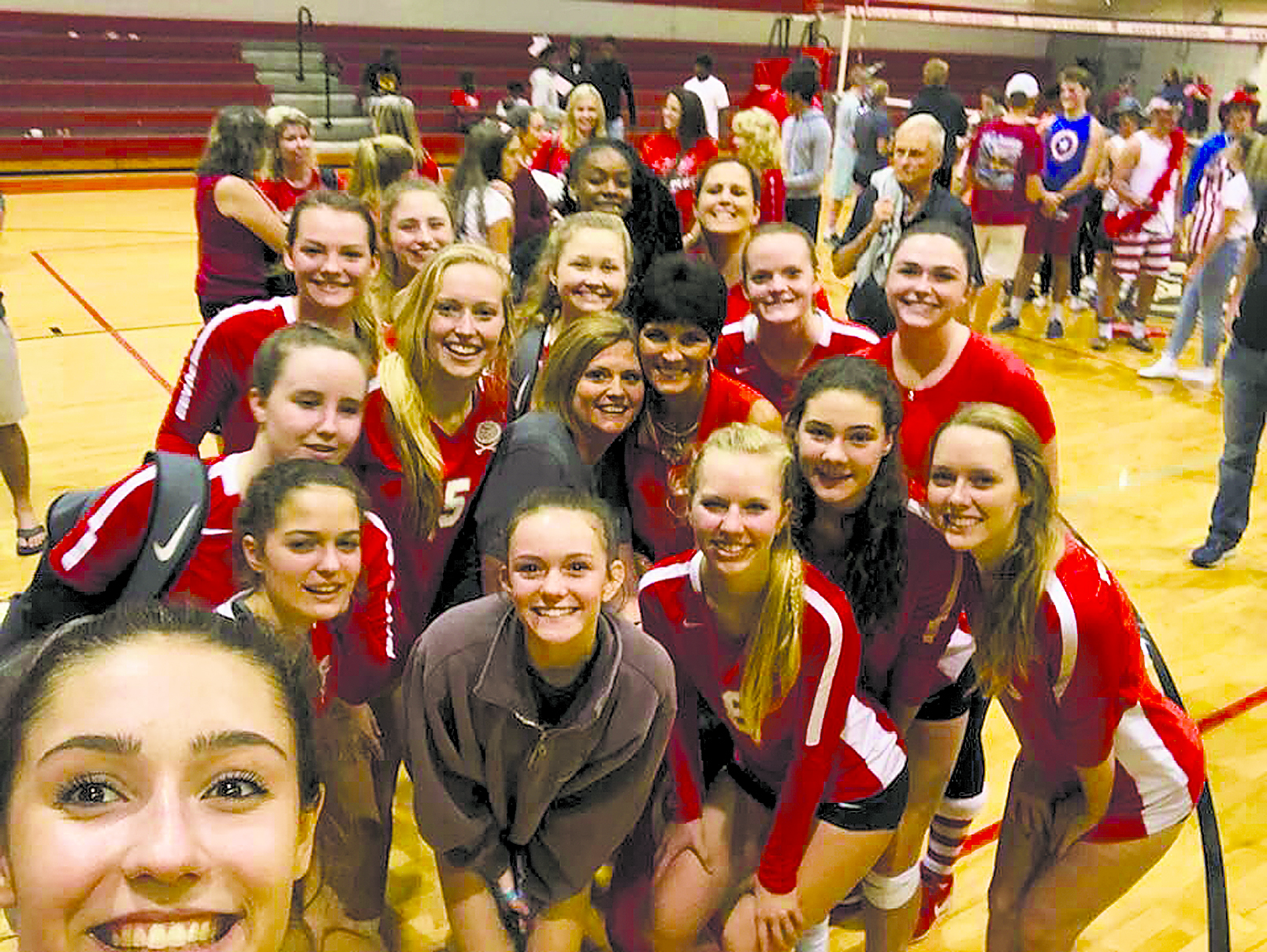 With the win over Bishop Kenny, the Lady Raiders earned a berth in the Class 6A State Title match this coming Saturday, Nov. 17.

First year Head Coach Eric Marshall (an alum of Santa Fe High School himself) said that, historically, Bishop Kenny’s team of exceptional players has been nearly impossible to beat, so this victory was especially exciting and encouraging.

Santa Fe High School Athletics Director Michele Faulk stressed that the win was the result of a true team effort, not a one-person show.

“Our girls were so well balanced it threw them off guard. This year we don’t have one standout player, we have a whole team of standout players. It keeps opposing teams on their toes.” Faulk also noted how proud she is of them, saying, “Not only are they exceptional volleyball players, but they are exceptional girls as well.”

The girls on the team range from freshmen to seniors, and according to Marshall, when volleyball is concerned, they are very superstitious. He says they plan to prepare for the State Championship by maintaining their exact routine and regimen, down to making sure they start practice at the exact same time. He said, “I encourage them to do that, because it not only makes them comfortable, but it makes them more confident when game time comes.”

The Santa Fe Raiders will play in the State Championship game this Saturday, Nov. 17 at 4 p.m. in Fort Myers, Florida against Merritt Island.
# # #
E-mail imyers@
alachuatoday.com